Enjoy the official Android version of this rhythm game 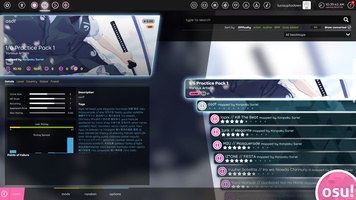 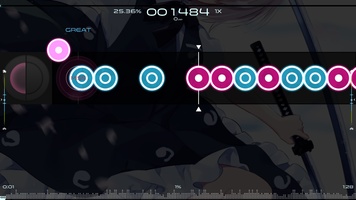 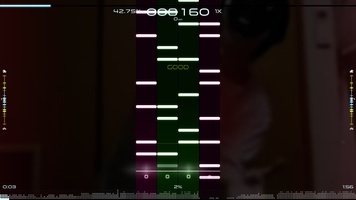 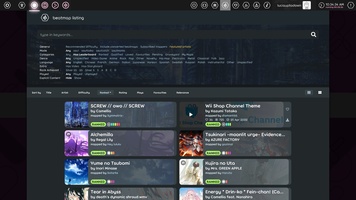 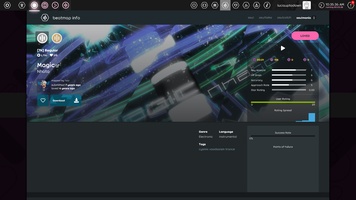 Advertisement
osu! is the official Android version of the famous PC music video game inspired by Japanese titles such as "Osu! Tatakae! Ouendan" or "Elite Beat Agents". On this occasion, you will be able to enjoy the most updated version of the game fully adapted to touch screens, in addition to playing all the modes offered by the video game for both Mac and Windows.

osu! for Android offers the popular gameplay that has been enjoyed by fans of the music genre. The game system is very simple and coincides in the different modes that the application contains: you must tap precisely on the elements that appear on the screen following a rigorous order. In this way, you will be compensated with the best score. In the meantime, you must follow the rhythm of the song playing in the background.

The themes in osu! can be downloaded from the same internal catalog that the application has, connected to those offered in the Windows and Mac versions. The users of osu!'s extensive community are responsible for sharing these pieces. This title has a long history as a music video game, which focuses on songs that sound in the otaku culture. Each theme has different modes, from the simplest to the craziest and most extreme difficulty.

Although osu!'s best-known game mode is shown in "Osu! Tatakae! Ouendan", you will also be able to play on your Android device the one featured in the famous title "Taiko No Tatsujin". This game mode is best complemented by the taiko instrument accessory, but, as osu! is available for mobile devices, it will allow you to practice before you want to play at home on Windows or Mac.

One of the most interesting points of osu! is its community management and the way it shares new song files in the game's library. However, another way to get to know other osu! players well is thanks to the world ranking of scores, which creates a friendly competition in which you can participate against all the title users.

osu! is one of the best rhythm games in history, and, finally, you can enjoy its official version for Android.
Reviewed by Lucía Herrero Translated by Sarah Odebralski
Advertisement

There are opinions about osu! yet. Be the first! Comment